Redhouse Nursing Home staff were involved in supporting Amanda Cottrell to drive sheep through the centre of Canterbury as her right after being given Freedom of The City by the current Mayor. 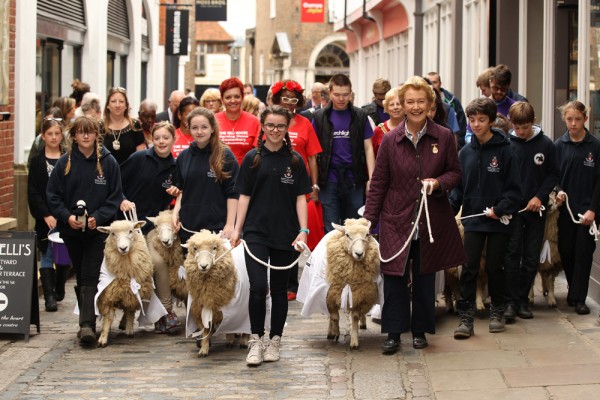 Amanda is a regular visitor to the Redhouse and wanted to thank the Home for looking after her friend Pauline by having one of the sheep wear a tabbard bearing our logo.
In January, Mrs Cottrell became only the second woman to be made freeman of Canterbury in recognition of her charity work across the county. The honour was bestowed upon her by the Lord Mayor of Canterbury Ann Taylor, who joined in the ceremonial parade. The parade went smoothly and were met by Canon Nicholas Papadopulos from Canterbury, who then blessed the sheep at the Cathedral gates.

We are proud to be recognised as finalists in the Canterbury Business Awards, 2019